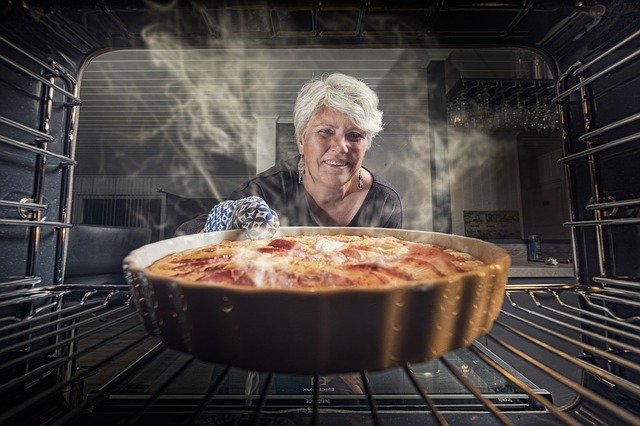 Baking a family bond amid grief – The San Diego Union-Tribune

Today’s recipe comes courtesy of my uncle on my mother’s side. I learned it years ago as part of the healing process following a tragic family event. Ten years ago this Friday, my mother’s second-youngest sister, Sally — whose bedroom I now occupy — died after a sudden onset of pneumonia. She had just turned 60.

My uncle, who is two years younger than my mom and was two years older than Sally, had moved away from San Diego for grad school when I was a child, returning for the occasional visit or significant family event. He flew into town just after Aunt Sally went into the hospital and stayed a week, giving my grandmother, mother and the youngest sister (my current housemate) much-needed strength.

After a week, we were hopeful that my Aunt Sally would recover, so my uncle returned home. Sadly, shortly after his plane departed, my aunt took a turn for the worse, and a few hours later, she was gone. Two days later, my uncle returned to San Diego for the funeral and stayed through Christmas.

“We’re not canceling Christmas,” proclaimed my surviving aunt, the day Aunt Sally died. The Christmas season was Aunt Sally’s favorite time of year. Every year, she sent out the most lovely cards, usually depicting angels. She had already purchased them and completed her Christmas gift shopping. So we hugged each other and braced ourselves for the joy of Christmas to collide with our grief.

On Christmas Eve, my uncle called me to tell me he was making Mexican sugar cookies and asked if I wanted to come over to my grandmother’s home and learn his recipe. We had spoken about the cookies a week earlier while we were in the waiting room at the hospital. He had brought a box of fresh-from-the-bakery Mexican pan dulce (sweet bread). I had told him that the top coating of conchas — an enriched bread roll with a decorative, crumbly sweet top layer made to look like various seashells (concha means shell) — was the only part that I generally liked of this particular pastry. He told me he knew how to make it and that the pink Mexican sugar cookies I loved as a child were the topping for conchas made into cookie form.

So when he called with the invitation, naturally, I said yes. Camera and a notepad in hand, I headed to my grandmother’s house for the lesson.

Traditionally, these cookies are vanilla-scented, chocolate or pink (courtesy of a few drops of red food dye — my favorite growing up). The chocolate and pink have a coarse sugar topping; powdered sugar tops the plain ones (called polvorones, not to be confused with Mexican wedding cookies, which are smaller, fatter butter cookies with chopped pecans). My uncle puts his signature on the vanilla ones, topping them with good quality preserves and turbinado sugar, a light brown raw sugar that has large crystals, instead of powdered sugar.

These cookies were a hit on Christmas Day. None of us had ever had them with preserves. It’s a delicious contrast to the cookie …….